I’m very pleased to publish the first case study from my Washington DC acupuncture practice. “Jennifer” is a 28-year-old patient who came to my office in April with lifelong insomnia, which had been getting worse in the past 6 months.

Read her case study to see how acupuncture, Chinese herbs, diet and exercise changes, and “sleep hygiene” adjustments helped her completely overcome her insomnia in 2 months.

If you or someone you know could use help with insomnia, you can set up an appointment anytime by calling us at (202) 297-7404 or you can schedule online.

When Jennifer first came into my office in April 2011, she reported a lifelong inability to sleep well. It regularly took her more than one hour to fall asleep, even when she was exhausted, and she would wake up multiple times each night. In addition, her sleep had always been light, and due to the lack of deep sleep, she woke up feeling lethargic, tired, and irritable. Her lack of sleep also negatively affected her energy levels during the day. Her facial skin color was pale, with an orange coloration under her eyes.

Her insomnia had been getting much worse over the past year, so she decided to seek acupuncture as a natural way to heal her sleep issues.

I began by asking Jennifer what she had already tried. She had tried a wide variety of herbal teas and over-the-counter sleep aids and supplements. Some had some positive benefits for a time, but none had made a sustainable difference in her sleep patterns. She had tried stronger pharmaceutical sleep medications, but was afraid of creating a long-term addiction, and stopped after she ended up feeling dependent on them.

She had also implemented other sleep strategies, such as relaxing reading before bed, no TV at night, keeping the bedroom cool, and taking a warm shower to relax, but none of these had any significant effect.

Her diet consisted of “a lot of salad,” chicken, occasional red meat, and more than a liter of water per day. Her exercise routine consisted of a 20-minute walk per day.

The anemia caught my attention, and I asked Jennifer further about this. She reported that she had been a consistent blood donor for the past several years, and felt strongly about donating blood as much as possible. According to a blood test report done by the blood donation center, Jennifer’s hemoglobin levels had fallen slightly below the minimum levels to be allowed to donate blood—that had happened 2 times in the past 3 years. However, in the past 3 months, her blood hemoglobin levels had dropped precipitously, and she was not allowed to donate on her last attempt about a month before coming to see me.

However, Blood Deficiency was not the only issue. Jennifer also experienced stress from work, tightness in the upper back and shoulders, throbbing headaches in the temples—all symptoms of Liver Qi Stagnation.

Therefore, the Chinese medicine treatment goal was to nourish the Heart and Liver Blood Deficiency, and release the Liver Qi Stagnation.

For Jennifer’s first acupuncture treatment, I began with the general energy balancing and clearing treatment known as AE (using the acupuncture points Bladder 13, 14, 15, 18, 20 , 23, and Heart 7). I also made the following recommendations:

Jennifer reported that she woke up half as often each night than she had the preceding week, and that she had experienced no change with falling asleep. She reported that not looking at the clock helped, and she ordered blackout blinds to darken her room at night.

For the acupuncture treatment, I used the Liver Global Balance treatment from Dr. Tan’s Balance Method school of acupuncture. This treatment comprehensively addresses both the Liver and Heart Meridians. The acupuncture points used were Heart 3 and 7, San Jiao 10 and 3, Liver 8 and 3, Gallbladder 34 and 41.

Jennifer reported that the herbs were helping her get to sleep more easily, and that waking up in the middle of the night was still about 50% improved. She was also waking up more easily in the morning, needing less recovery time. I repeated the Liver Global Balance treatment with additional points.

Jennifer reported that, unusually for her, she remembered dreaming, and felt that her sleep was getting deeper. She continued to feel improvements in falling asleep, waking up at night, and waking up in the morning with less lethargy.

I repeated the Liver Global Balance treatment with additional points, and recommended an additional Chinese herbal medicine formula to nourish Heart Blood Deficiency, An Xin Pian (with added ingredients), which is designed to help with falling asleep more easily. I adjusted the dosage of each formula to 2-3 tablets each, 30 minutes before bed.

Jennifer reported that she now was sleeping through the entire night, and the time needed to fall asleep had reduced from the original 60 minutes to 20-30 minutes. She was feeling more lethargic upon waking up, and not wanting to get out of bed. However, in the past week, she had experienced a much higher level of stress than usual from work, due to a personnel shakeup in her office, requiring increased levels of productivity from her during the day.

I asked Jennifer if she had a stress management or meditation method for dealing with stress, and she reported that she didn’t. I introduced the idea of a daily 5 minute meditation practice, and instructed her in the meditation method of allowing all thoughts, emotions and sensations to be just as they are, without making any effort to change them. I also recommended the text True Meditation by Adyshanti, which explains this meditation approach.

I repeated the Liver Global Balance treatment with additional points, and applied lavender essential oil to the points to reduce overall stress, and also to help with the stress-induced headaches that she had been experiencing.

Jennifer reported that she was still sleeping through the night, with occasional dreams, but still took 30 minutes to fall asleep. In the mornings, she had no problems getting up, and during the day, the headaches had completely ceased.

I adjusted her dosage to 3-4 of the An Xin Pian to help with the falling asleep, and 2 of the Suan Zao Ren Tang, 30 minutes before bed. I repeated the Liver Global Balance treatment with additional points.

We also discussed the meditation practice instructions, and clarified the point that in this type of meditation, the goal is not to clear the mind, but rather just to be present to the thoughts and emotions that arise, and allow them to just be as they are, without trying to manipulate them.

Jennifer reported that she was now falling asleep in 15-20 minutes, and staying asleep through the night. She was having no problems with waking up, and her energy levels were good throughout the day. Her facial skin tone had brightened, and the orange color underneath the eyes had mostly disappeared. The circulation to her hands had improved, and her headaches were much less frequent. Her eyes were brighter, and she reported that her husband was very happy about how different she was in the mornings.

I repeated the Liver Global Balance treatment with additional points, and we discussed that she would continue the herbs for another 1-2 months, and then take a break.

A summary of treatment in Jennifer’s own words

I can’t believe I waited so long to seek this treatment.

I have tried a number of over the counter sleep aids, all of the herbal/nighttime teas I could find to aid in sleeping, exercises, and books. I have normal eating habits, a regular nightly ritual, and healthy relationships. However, prior to my first appointment, I couldn’t remember ever sleeping well. It could take an hour or more before I fell asleep and once I did fall asleep I would wake up countless times throughout the night with difficulty getting back to sleep. Waking up in the morning was painful, literally. After not sleeping at night I had to struggle to get out of bed and make it through the day. I was tired most of the time and had very little energy. My eyes were often red and/or hazy and I lived with discolored skin under my eyes.

After two months of acupuncture treatment, herbal supplements, and a commitment to following a regimen for resolving my sleeping problems, I can’t believe I waited so long to seek this treatment. Gradually my ability to both fall asleep quickly and sleep through the night increased. I began to have more energy and more recently a normal color has returned to my eyes and the skin beneath them. Now it takes me 15-20 minutes to fall asleep at night and if I do wake up at night I rarely have difficulty falling back asleep. The people around me have noticed a difference in my general disposition and my appearance. My husband even says I’m a lot nicer to be around in the mornings!

If you or someone you know could use help with insomnia, you can set up an appointment at our Washington DC acupuncture office by giving us a call at (202) 297-7404 or scheduling online. 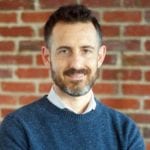 Jeremy was the founder of Transformational Acupuncture. He has a passion for helping people transform their lives and health in ways that are safe, gentle, and sustainable. Since 2004, he has successfully helped clients with a wide variety of emotional, mental, and physical health complaints.

Physical Health
We love turmeric for its myriad health benefits, which is why we carry the very finest turmeric supplements in our ...

How acupuncture works for migraines

Physical Health
An estimated 36 million people in the US suffer from migraines—that's a lot of headaches. But migraines are much ...

How acupuncture melts your physical pain

Physical Health
One of the most common reasons patients come to see us is for pain relief. Acupuncture is extremely effective for ...
3-Point ThursdayDiscover 3 new things each week!