I spent nearly 15 years as an anti-histamine junkie. I developed severe allergies in the spring of my 17th year, which initially manifested as laryngitis-type symptoms and got progressively worse. My doctor prescribed allergy medication, which worked for a while… and then stopped abruptly.

At that point I began to be passed around the room like a debutante at a pharmaceutical ball. I had my waltz with Allegra, Claritin, Zyrtec—you name it. Not only that, but I needed the meds well beyond the bounds of springtime, and in a short time I was taking significant doses 365 days per year. That lasted well over a decade.

Then I met Jeremy. He slowly but surely convinced me to release my grip on what I considered a lifeline—drugs that controlled sinusitis, all kinds of inflammation, swollen eyes, knockout fatigue and headaches you wouldn’t believe. He introduced me to herbal medication, and the first thing he recommended was reishi, a mushroom.

I was extremely wary and skeptical. But after taking reishi and then custom herbal formulas (you too can get a custom formula),  it’s been two years since I last took a prescription medication. I’m happy to report that I’ve been allergy-free the whole time.

Now that I’ve become an herbal evangelist, I thought I’d provide a little bit of information on how reishi works (specifically for allergies, because it has a host of other benefits), in layman’s terms.

Our body’s immune system has a whole cast of characters, one of which is the “helper T-cell.” The helper T-cell is a type of white blood cell. They’re sometimes “direct killers” of pathogens and all the various and sundry things that can invade the body. But most often, they coordinate the overall immune response. In this coordinating role, they tend to promote two basic immune behavior patterns:

These two patterns of immune behavior are complementary. We need both of them, and all’s well if they function in equilibrium.

Here’s when you start feeling badly…

The problem is that the helper T-cells will often get heavy handed with the “immune facilitation” aspect. (There are lots of theories as to why so many people experience this excessive inflammatory response, for example, the hygiene hypothesis.)  The result can be conditions like asthma, eczema, and – you guessed it—allergies.

Imagine a piece of pollen entering your system. It has been engulfed by a white blood cell, but instead of stimulating the “cleanup” response, flushing it away, the body keeps pushing the “immune facilitation” response, releasing more histamine instead. You end up with an intense inflammatory reaction and all of the unpleasant symptoms that go with it.

Reishi mushroom has been shown to regulate the Cleanup / Immune-facilitation balance (called “Th1/Th2” in the science world), often shifting it more towards cleanup behavior. Plus, reishi contains polysaccharides (chains of sugars) that make it look something like a bacterium or a virus to the body. This exercises the body’s immune response in a manageable, healthy way—kind of like a vaccine mechanism.

Urban life has distanced us from regular exposure to tonic plants and mushrooms (like reishi), which were like personal trainers for the immune system. That’s one of the reasons that herbal medicine is so helpful, it can retrain the body and smooth out imbalances so that the results that you want actually last.

Herbal medicine consults at the clinic

As you can tell, I’m an herbal medicine enthusiast, so I’m extra thrilled that we have our own, full Chinese herbal medicine pharmacy at the clinic. We carry over 130 different formulas and herbs (in granular and capsule form). With them, one of our acupuncturist and herbalist, will create custom herb formulas specific to your needs.

Shout out to Guido Mase, the chief herbalist at Urban Moonshine. I sourced much of the information in this article from his book, The Wild Medicine Solution. 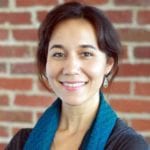 Nadia was the previous co-owner and operations manager of Transformational Acupuncture.

Physical Health
The pulse is measured in both Western medicine and Chinese medicine, but there are key differences. In Western ...

How acupuncture works for neck pain

Physical Health
For those you suffering from acute or chronic neck pain, you understand why someone coined the expression “a pain ...

How acupuncture works for tension headaches

Physical Health
Do you have tension headaches with any regularity? If so, congratulations—you’re part of a colossally large club. ...
3-Point ThursdayDiscover 3 new things each week!